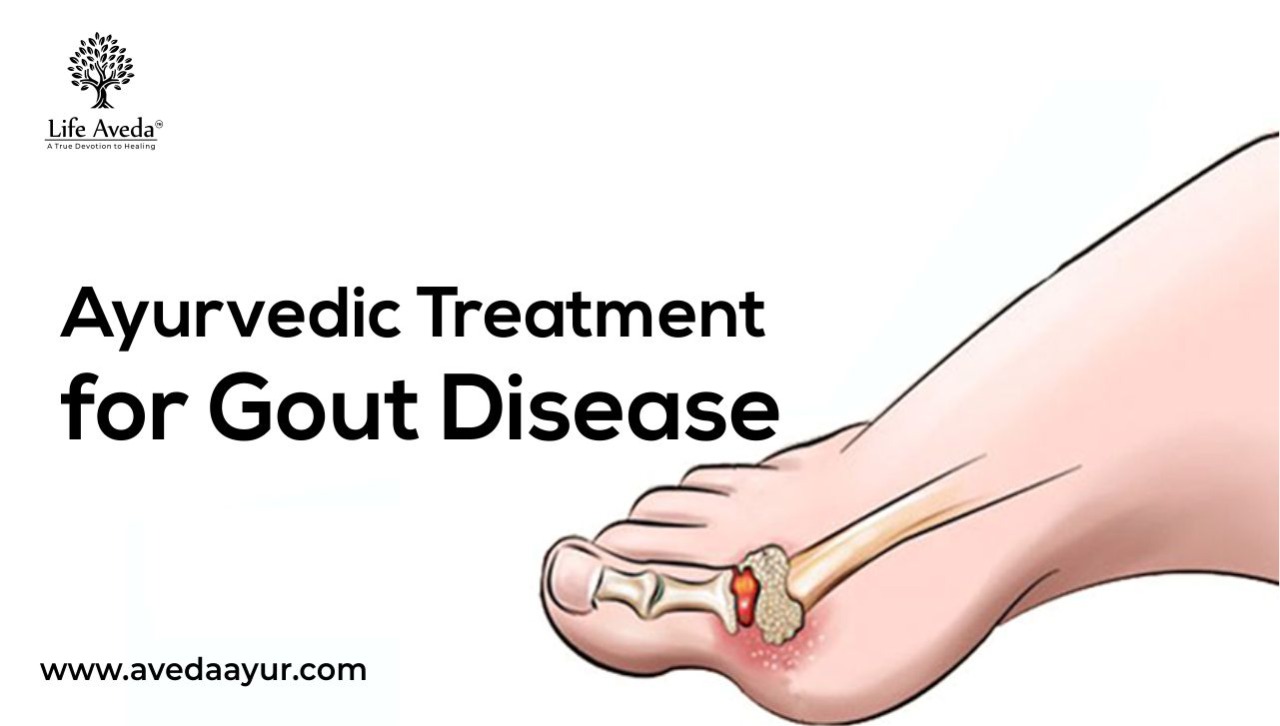 Gout is known as the “disease of kings” because of the lavish diet and alcohol consumption of the wealthy, like King Henry VIII, who suffered from it. Gout is also the “king of arthritic diseases” because the pain of an acute gout attack is so severe, it is caused due to increased levels of uric acid in the body. The disease usually involves your joints and that is why sometimes it is known as Gouty Arthritis.

The sudden and severe attacks of burning pain, redness, and tenderness in joints are described as gout. Gout mostly attacks the big toe but it can also affect other joints like the ankle, heel, knee wrist, elbow, finger, and spine. If left untreated, the gout attacks can come again and again and may adversely affect your joints, tendons, and other tissues.

In Ayurveda texts, the Gout disease is related to the condition called Vatarakta which is caused due to the imbalance of Vata dosha and Rakta (blood) and when both the elements get settled in the inter-joint spaces, it causes redness and pain. There are two stages in Vatarakta like Uttana and Gambhira and it mostly involves Asthi Dhatu (Bone) which results in pain.

An occurrence of gout is known as a gout attack. When a gout attack occurs, it causes severe and sudden pain mostly during the night. Below are some of the symptoms of a gout attack:

The gout attack usually occurs due to the accumulation of urate crystals in your joint and it causes severe pain and inflammation. Urate crystals form when the uric acid level in your blood is very high.

The uric acid is produced by your body and by breaking down the purines which are naturally present in your body. Food substances like red meat and organ meat such as liver are rich in purines while anchovies, sardines, mussels, scallops, trout, and tuna are some other seafood items that contain purine. However, beverages like alcohol, beer, drinks with fruit sugar ( fructose) increase uric acid levels.

The uric acid gets dissolved in your blood and gets passed into urine through your kidneys. But sometimes your body produces excessive uric acid or your kidney excretes less amount of uric acid.  The uric acid builds up in your joint or surrounding tissue in form of sharp needle-like urate crystals and causes inflammation, swelling, and extreme pain.

Your healthcare provider will prescribe the medicine based on the severity of your symptoms and along with any other disorder you may have.

The Ayurvedic treatment not only cures the gout symptoms but also addresses the root cause of the problem. It also focuses on blood purification and balancing the uric acid levels in your blood. There are certain natural herbs in Ayurveda that can be used to manage the gout disease and its symptoms. However, lifestyle modifications and a well-balanced diet can also play an important role in controlling the gout disease.

Below are Life Aveda`s Premium herbal products that you can use to control Gout disease and reduce its symptoms.

These capsules contain Punarnava, Giloy, Triphala, Kutki that are beneficial in the reduction of uric acid and gout pain attacks. It also promotes detoxification by removing excess uric acid from the body.

Varuna capsules consist of a standardized extract of Varuna herb which helps in balancing Vata dosha and reducing inflammation. It acts as an appetizer and aids the liver to function properly along with boosting the metabolism. Varuna is a diuretic and is known to remove stones naturally since it is a lithophytic herb that means it can break stones. Varuna capsules also help in prostatomegaly.

Gout is a common disease that is caused due to increase in uric acid levels. It causes severe pain and may adversely affect your joints, tendons, and other tissues. To get more insights about gout disease, its different types, home remedies, and diet plan for gout, reach out to our Ayurvedic expert on Whatsapp at +91 7743002591 for free.