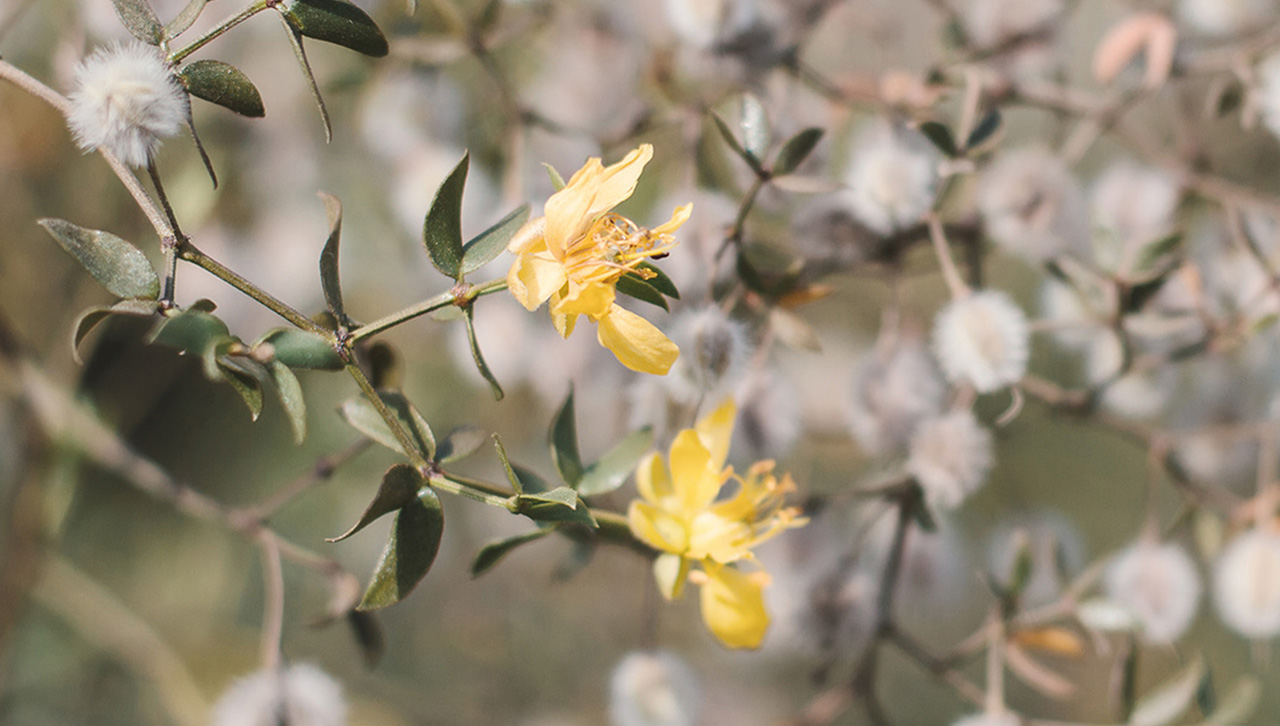 Creosote Bush, Also known as Grease Wood and Chaparral is used as a medicinal herb. In Mexico, it is called Gobernadora Because of its ability to reserve water by inhibiting the growth of its nearby plants. This is also called hediondilla in Sonora. It is closely related to wild shrubs that have many common names. It is used in various illnesses like rheumatism, gall bladder, kidney stones, arthritis, infertility, diabetes mellitus, inflammation, pain, etc. In the 1950s it was used as a food preservative and reserves natural fibers. But in the 1960s it was banned because most of the researchers had stated that it contains toxic elements in it. Severe diseases like hepatic and renal toxicity have been reported after the chronic use of this plant.

Creosote bush is found in the Sonoran, Mojave, and Chihuahuan Deserts of western North America. It is also found in other regions like Arizona, California, New Mexico, Southern Nevada, southwestern Utah, Texas in the United States, etc.

The main chemical constituents present in it are-

Medicinal uses of Creosote Bush as per Ayurveda

The chemical constituent NDGA is Present in networks as a natural antioxidant that helps to reduce vasocontractility and endothelium which gets induced by HIV Protease inhibitor ritonavir (RTV) in pulmonary arteries. It also inhibits the production of superoxide anion in human pulmonary artery endothelial cells.

Being an antioxidant it helps to reduce the symptoms related to heart disorders by decreasing the level of free radicals in the body. This herb works as a protection layer for blood vessels and arteries from the damage caused by high cholesterol levels, diabetes mellitus, Atherosclerosis, High blood pressure, etc.

The free radicals play a major role in neurodegenerative diseases by a process called oxidative stress. The main constituent NDGA Present in it inhibits the production of oxidative stress by free radicals. This herb also protects brain cells from damage and provides a great treatment for neurological disorders. It shows effective results in various disorders like epilepsy, stroke, Alzheimer’s disease, Parkinson’s disease, etc.

Most researchers have stated that creosote Bush helps to manage cancer because of its chemical constituent. Thanks to its anti-cancer property that helps to treat several types of cancers including prostate, breast, lung, esophageal, skin, etc. This property of creosote Bush stops or slows down the growth of cancerous cells and tumors in the body. It also shows great results in minimizing the negative effects of chemotherapy.

Lower cholesterol level- Creosote Bush contains an ethanolic extract that lowers the cholesterol level, insulin, and triglycerides and enhances insulin sensitivity. Being an antioxidant it also prevents the damage cost by free radicals in the liver.

Creosote Bush should be given according to the patient’s age, health, and various other conditions like chronic diseases and other health issues. It should be given after the doctor’s consultation.

Side effects of Creosote Bush

Due to its toxicity, it can cause acute hepatitis, liver and kidney failure, skin issues, etc.

Other common side effects are diarrhea, weight loss, abdominal pain, fever, nausea, etc. It should be contraindicated during pregnancy and lactation as it can show bad results on uterine activity.

From this article, it is concluded that no doubt it causes toxicity in the body but if we use it in the proper dosage, it can treat various health issues like liver and kidney. It works due to its main chemical constituent that shows good results. But it should be contraindicated during pregnancy as well as lactation and should also be used after the consultation of a Doctor.

In what dosage Creosote Bush should be given?

Creosote Bush should be given as per the patient’s age and health.

What are the side effects of Creosote Bush?

In which condition Creosote Bush is contraindicated?

It is contraindicated in Pregnancy and Lactation.

Can we use a decoction of its bark and dried branches?

Yes, you can use a decoction of its bark and dried branches because it can lower the high blood sugar level.

In which condition Creosote Bush is useful?

Note: Our purpose is to serve useful information related to bee Creosote Bush‘s benefits, dosage, and other properties. It is advised to the patients not to consume this on the basis of this information. Before taking it  as a medicine it is better to have an expert opinion because dosage and treatment vary from patient to patient depending on their symptoms and medical history.

At Life Aveda, we provide personalized diet consultation. In this, a doctor discusses the medical history of patients, does the root analysis on causes. After the deep analysis doctor suggests the necessary medication to the patient. To book a Consultation call on us at +91 7743002520 or click on the button to schedule an appointment with our expert doctors.

We Care For Your Health