Safe Holi: Precautions to Prevent Asthma Attacks during the festival 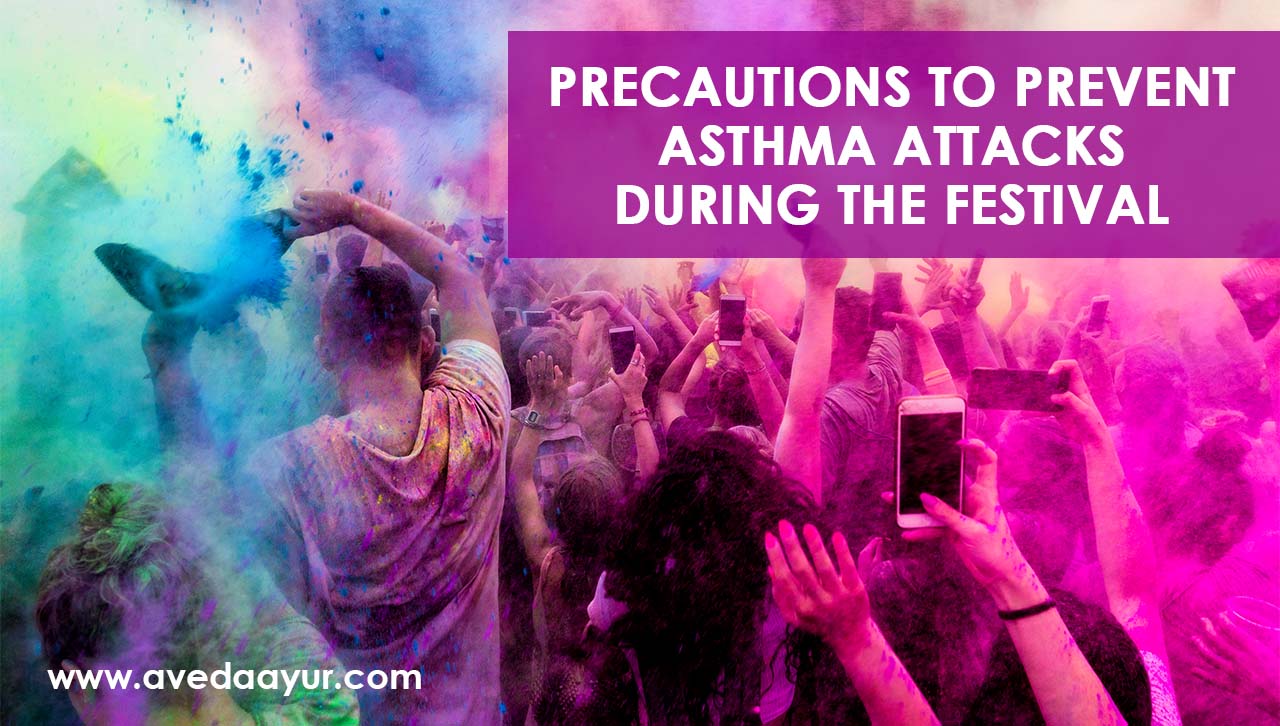 Holi is an Indian festival of colors commonly known as the “Festival of love” in which everyone enjoys splashing color (gulal), water and colored balloons. The festival of holi also symbolizes joy, happiness, and prosperity.

It has a rich history and an interesting story of immortality. As per Hindu mythology, a king named hiranayakashyap (demon king) wanted everyone to worship him and to become immortal. But his son “prahlada” was a strong follower of “Vishnu”. So in order to prove that Vishnu is not real, he order his sister “Holika”, who was granted a magic fire proof shawl by the Go ds to sit in fire with Prahalada. The motive behind that was the shawl will protect Holika but not his son and hence he will die.

Traditionally holi was played with natural colors that are not toxic. During this festival, women prepare different types of foods such as different types of chats and sweets whereas men go out and play holi. A lot of people also play music on huge grounds during the festival. In the evening people living in society gather and light up a big bonfire which releases a huge amount of smoke and dangerous ashes in the environment. Since, the bonfire continues to burn till the next morning so more toxic substances are released during the night which can further damage the lungs and create an environment in which breathing becomes harmful.

From the past 2 years Covid has changed the way that people used to celebrate anything. Hence we must celebrate holi with precautions especially by those who are critically ill or suffer from serious breathing conditions like asthma. Since this festival is focused on playing with powdered from of color hence asthmatic patients are at a prominent risk. The color even if it is not toxic can cause noteworthy irritation and severe risk to asthma patients.

Holi is a festival that celebrates love and devotion nevertheless one should also be extremely cautions while celebrating it and should consult an ayurvedic consultant for any skin and breathing problems as soon as they arise to minimize the spread of infection. We are also offering Skin Care combo pack on the special occasion of Holi that includes neem, manjistha and skin vital capsules. The benefits of skin care pack include minimizing wrinkles, eczema, skin allergies and giving a glow to your skin. The products can be purchased here (https://store.avedaayur.com/products/skin-care-combo-pack).