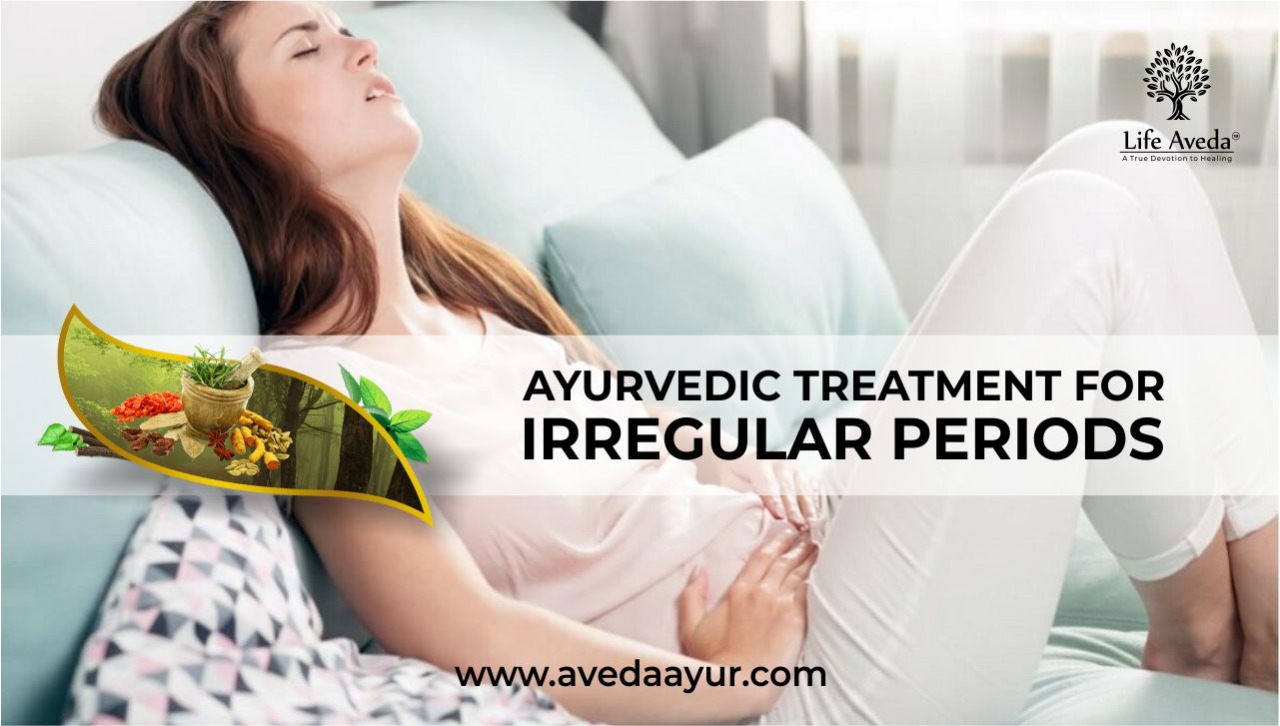 According to Ayurveda, the menstrual cycle removes the toxins from the woman’s body and is considered a blessing because it renews the woman’s body. The Vata, Pitta and Kapha dosha highly influence the menstrual cycle or periods of a woman. To maintain regularity in your periods, you can reach out to your doctor and follow the prescribed changes in your diet and lifestyle.

What Are Irregular Periods?

Irregular periods also known as oligomenorrhea, take place when there is a change in birth control, heavy physical exercises during periods, hormonal balance or fluctuation in hormones around the time of menopause. Irregular period is a grave problem that may cause emotional stress, weight fluctuations, and eating disorders.  It may also cause fertility disorders not just because of uncertainty in dates but due to the underlying health issues as well.

However, highly irregular periods indicate a severe hormonal imbalance in the body. Usually, you may feel some discomfort and pain during periods but if you are experiencing irregular periods, you need to reach out to a doctor for treatment to avoid other health complications.

Some major causes affecting the period cycle are

To diagnose irregular periods, your doctor will take a pelvic exam and enquire about your medical history.  The diagnostics will be based on your symptoms and may include:

The Apana Vata that manages the menstrual cycle is the ayurvedic sub dosha of Vata.  The Apana Vata is found in the lower abdomen and looks after the downward flow through the intestines, urinary and reproductive tracts. According to Ayurveda, any imbalance in this particular dosha causes irregular periods. The imbalance is caused due to stress, improper diet, long-term illnesses, physical inactivity, over-exertion during periods, and certain other medications.

While in some cases Ectopic pregnancy, PCOS, Anemia, or Thyroid are some other factors that cause irregular periods. During puberty and the pre-menopause phase, irregular periods are common and in both conditions, you can get relief by making changes in your lifestyle and diet according to Ayurveda.

The treatment of irregular periods depends on the following:

When to visit a Doctor?

Below are some of Life Aveda`s products that can not only help you in dealing with the problem of irregular periods but will address the root cause of the problem.