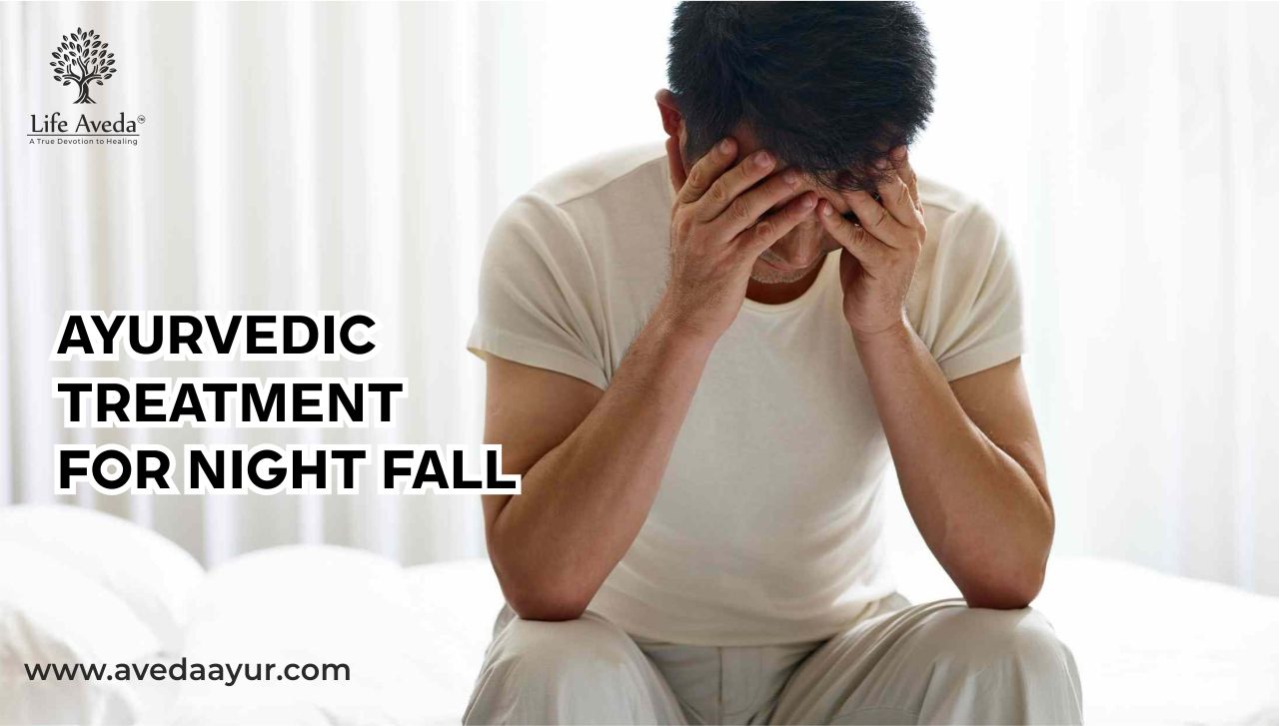 The problem of unwanted ejaculation that takes place throughout the night is known as nightfall or wet dreams or night discharge or nocturnal emissions. It is considered more a psychological problem than a sexual problem. A person is said to be suffering from a nightfall problem if he ejaculates during sleep without being aware of it. Too much exposure to sexual content and low sexual activity during the period are the main reasons that cause nightfall. The woman can also have nightfall or wet dream problems. However, it is common among youngsters and fades away on its own with age. Certain medicines, therapies, and home remedies are effective to control nightfall issues.

A sperm count of 40-300 million (number of sperms per milliliter) is considered a normal sperm count in men while a sperm count below 20-10 million refers to poor or low sperm count. About 100 million sperms discharge during an average ejaculation. The sperms produced by man’s testicles require necessary replacement as about 25 million sperms are produced by these testicles on a regular basis. The male sperms are designed in such a way that after every 24 to 48 hours, they require replacement with new and healthier ones. In case there is no copulation or self-pleasuring activity, these sperms get discharged during the night and are known as nightfall.

Nightfall or wet dreams are usually harmless and fade down with age. Several reasons that cause nightfall:

Weakness, fatigue, and exhaustion are some of the common symptoms of nightfall or wet dreams. Other symptoms include:

The problem of nightfall or wet dreams can also be controlled with the help of natural and homemade remedies without having any side effects which include:

Treatment for Nightfall in Ayurveda

The Ayurvedic treatment not only cures the nightfall symptoms but also addresses the root cause of the problem. The Ayurvedic texts say that diet, lifestyle, visual pleasure, and sexual desire, are the factors that highly influence semen secretion. Moreover, tension. Increased libido, stress, and sexual relationships at an early stage are some other Ayurvedic factors to cause nightfall. There are certain herbal formulations in Ayurveda that are effective to control nightfall and its symptoms.

Nightfall relief pack will manage nightfall issues and treat various other sexual health-related disorders in males. Nightfall is becoming a common issue nowadays, especially in young males. They ejaculate during sleep without being aware of it. But, now you can control nightfall by using Life Aveda’s Night Fall Relief Pack as this pack will not treat nightfall but also uplift the psychological health that is involved in nightfall. This pack will also increase your strength, stamina, vigor, and vitality in males and enhance sexual power.

Nightfall is actually treated more a psychological disorder than a sexual disease. Generally, the disorder is very common among young adults and fades on its own. If you are struggling with nightfall, the above-mentioned herbal products can help you a long way to deal with the problem. Moreover, you can also consult our Ayurvedic expert for nightfall on call at +917743002520 to get the best treatment options for your condition.